nce Upon Her Flickering Hai 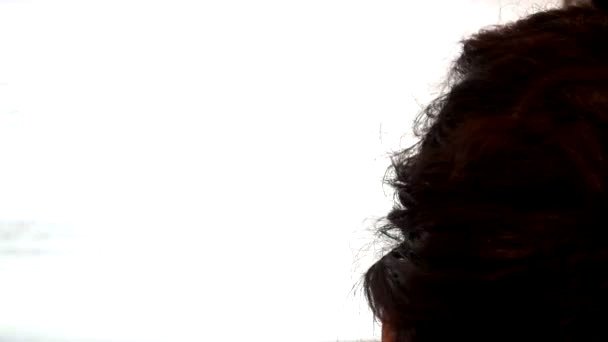 “Will the wind ever remember the names it has blown in the past?“—Jimi Hendrix

There is a flicker of dark, then of light, then of dark and light again, and there she is in all her crinite glory, chewing gum and slipping hairs a strand at a time out of a brush, a nonchalant pheme conspiring to take a final torture to her obelisk of hair.

In another life, her hair might have been a peacock god— Malik Tous (Peacock Angel), a central figure of the Yazidi religion. Irresistible in its religious pilings, dazzlingly polychrome in each tendril's play with light, somehow indicating the end of the world in its vertigo-inducing brocades of gold-green indigo, silver-gray, and purple brown. Her hair bows to no one. 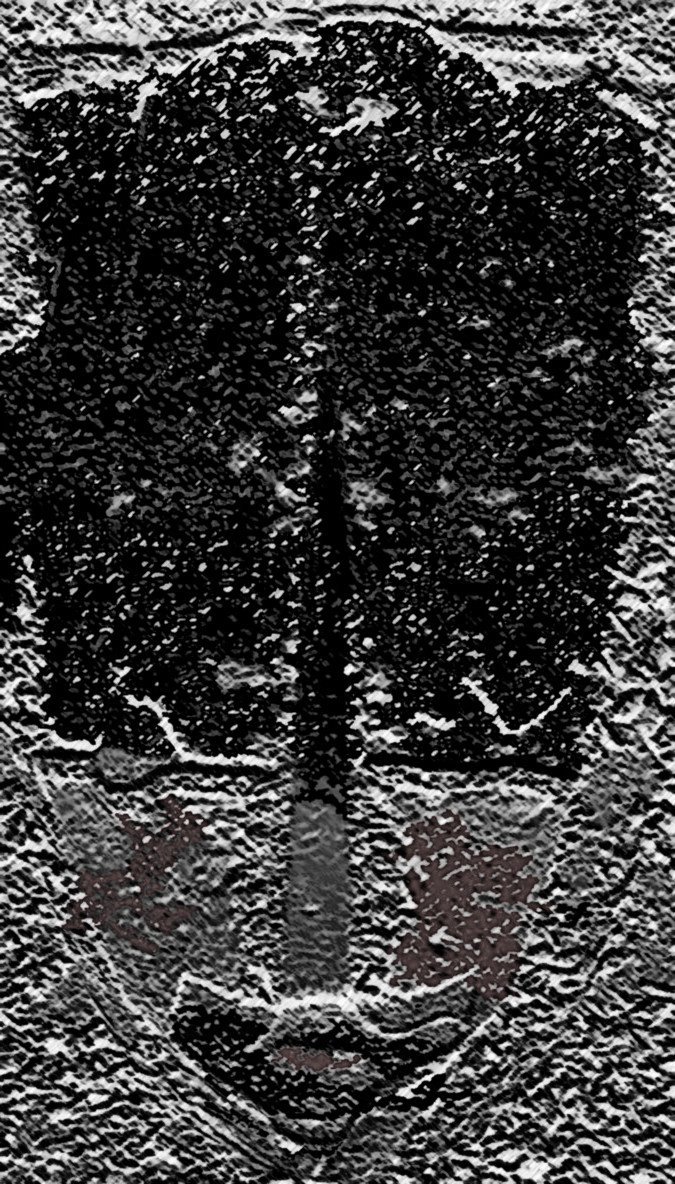 Still troubled, fidgeting , and furiously brushing her incomparable hair, she beckons like some broken, ulotrichous siren. Not mere woman, an aleph. That alephic power, many contend, resides in the hair she obsessively cultivates, colors, cares for, covets, and hasn't cut since childhood.

Her hair is untouchable.

“A curious, unstoppable flocculence, a stupendous, eye-catching crinosity, stared at by every passerby, and occasionally causing cars to crash!” a barker might have called. “Where is this hair's owner?” the dog catcher might have queried.

How she washes her hair, no one knows, but she keeps it clean across mysterious hours spent in the shower or in a tub near the mirror on the closet door. It's not a wig, tiara. diadem, a hairstyle from Vogue, it's a cloud of frozen, colored smoke, a vortex of a dream.

Then there is her hairbrush. Silver-handled, boar-bristled with extra, boggling features whose lights and functions appear as wondrous and infinitely useful as those of a Japanese washlet (toilet). Her flocculent mane's treasured implement is the sole appendage she allows to stroke or tear at her coiffe. (In life, she collects, buys and sells antique hairbrushes, never attesting to the fact whether she uses them herself first.)

She doesn't own a blowdryer, and only uses natural substances—oils or muds or waxes or resins—to achieve her “look,” which is more like a sculpture than a stock hairdo one might receive at, say, Vidal Sassoon. I'll take that one, Konrad.

Mutely translucent, dark-rimmed, mottled-cyan eyes rolling, her simper twists saccharine and lopsided; her lip-gloss shimmers across her mouth, and she squats befuddled as an eidolon discovering their reflection for the first time. Brushing her hair and chewing her gum before the mirror, glaring out from the corners of her eyes.

Relentlessly mute, motioning reminiscent of scenes from Hôtel électrique (The Electric Hotel, or in Spanish, El hotel eléctrico), the groundbreaking 1908 silent French comedy-fantasy film directed by Spanish film pioneer Segundo de Chomón, a film thought to be lost, but later recovered and restored (sort of like her). In the film, invisible forces pull and coif at the lush dark hair of new hotel guest Julienne Mathieu, whose visage remains stolid but radiant.

The film comes to mind because she and Mathieu resemble each other in their allure, violent motions, and eternal pixelation. Beauties best described as “fuming,” vaporous beauty that makes your gaze feel unworthy.