Minor Perils of the Blue Mask: Notes for the Wearer.

1. The wearer will look foolish if they chew gum or food or tobacco or spew profanities while wearing the mask. Look in the mirror and try it. See what I mean? (See 7)

2. The mask gives immediate olfactory feedback (usually negative, especially for smokers, garlic-and-onion lovers, or those, like your tester, whose guilty pleasure is broccoli paired with coffee) regarding the state of the wearer's breath. Existential question: Does the nose have an odor or otherwise smell itself?

3. The straps of the mask can cause chafing and sometimes open sores in the upper groove of the wearer's ear flap (yes, that's what it's called, or the helix—and did you know the ear contains fat?). (See 1 and 4) 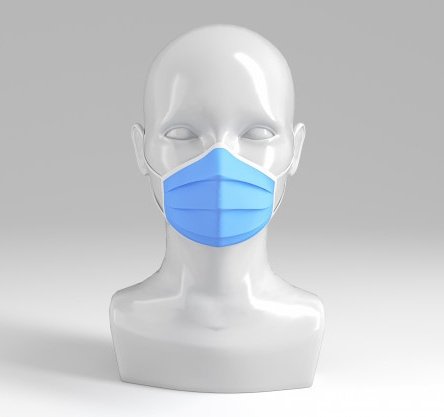 4. Worn during vigorous public exercise, the mask can defeat its own ultimate purpose by making the wearer's breathing almost impossible. Wearers can become short of breath, hypoxic or anoxic, causing the very symptoms of the virus the mask was intended to stave off. Not to mention that the wearer's labored breathing can cause any lip, jowl, nasal, or cheek sweat, pushed by a breeze or breath moisture, to reverse flow/steam upward into the eyes. This stings like shit. (Thank God the eyes don't have a sense of smell, as some wearers enjoy vigorous exercise immediately after eating).

5. Having masked sex with a masked partner, while protecting the wearer from any droplets, breath, or saliva, can be fun. Even prudes can become kinksters. First attempt social distancing and then take heed. (See 4 and 6) 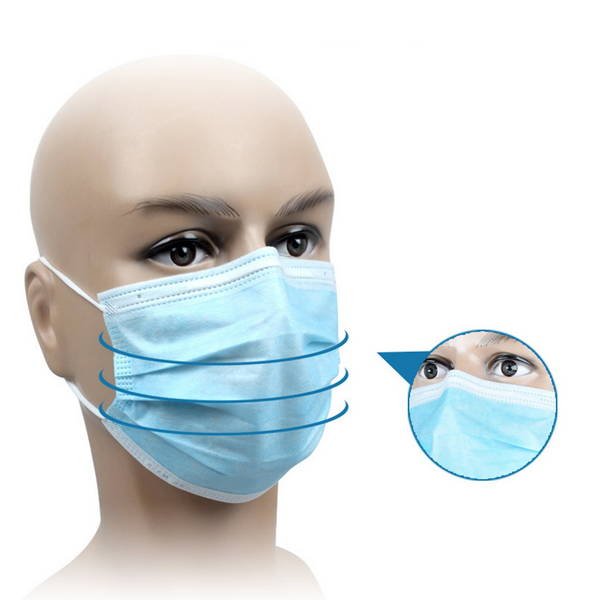 6. The mask gives the wearer an immediate air of magnetism and mystery, and can, except in extreme cases, render the less attractive wearer beautiful. This rendering is more pronounced if the wearer is more attractive above the nostrils than below. With some wearers, some might hope they never take the mask off again, depending on if the wearer's face is more lower ugly/attractive or more upper ugly/attractive. (See 5)

7. The cheaply made, flexible metal bar meant to tighten the mask against the wearer's nose bridge is often the first component to give out, which causes the mask to flop down under the wearer's nostrils, rendering it ineffective. (See 4, 10, maybe 2)

9. Attempting to be the proverbial “lampshade-wearer-at-a-party” dilettante comedian by pulling the mask up and over your nose and eyes pretending to be unaware and blind while seeking attention and uttering, “Now I'm off, now I'm on. Get it?!” is not funny, not now, not ever. Yet, this mask creep can happen to the wearer by accident. (See 4 and 7)

10. After wearing the mask for so many days, the wearer can forget and sometimes try to eat or drink while still wearing the mask. Most varieties of sauced noodles, or pizza with extra cheese, or liver pate-and-crackers, or ice cream bars make the biggest mess and cause the mask to become soiled and unsanitary. And what wearer would want to walk around with a used napkin on their face? (See 1 and 13) 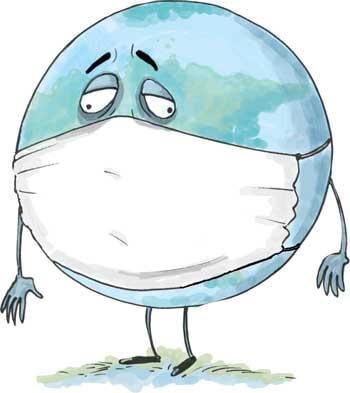 11. The wearer will find themselves between a pat of rancid butter and the ass of death if they have to cough, or especially, sneez, while behind the mask, because, unless the wearer holds the mask against their face with their hands (remember, no touching) the mask will temporarily blast off from the face like an infectious exploding snot grenade, sending sputum and phlegm in all directions, including into the wearer's eyes. A big no-no for wearers.

12. A wearer can get high by hyperventilating while wearing the mask. DISCLAIMER: We in no way promote or condone this activity, though it can be stress-induced. (See 5)

13. If wearers don't change masks often enough, their masks can develop stains across the nostril and mouth areas, essentially transforming the mask into a used coffee or cigarette filter or mouth diaper. What can brown do for you? Not much. (See 5)

14. In a pinch or state of product failure, the male or intersex wearer can use the mask as a jockstrap. In the female or intersex case, the mask can be used as a petite halter top or half a bra or emergency panties, but never for feminine hygiene. These points cannot be emphasized enough. (See 4 and 7)

Summary: For wearers caught in these viral times, the benefits of wearing the mask far outweigh its minor perils.

Addendum: Suggestions for deluxe mask alteration: a vomit hatch, a straw attachment or hole, a WhipIt! or weed/vape/cbd attachment, a halitosis (sanitizing) deodorizing mechanism, a Breathalyzer-version with a blood alcohol indicator so a wearer can know who among other wearers is drunk without asking or getting too close. (See 2 and 9)