The other night I couldn't sleep, so on the advice of a friend I decided to count sheep, and this is what happened:

First I visualize where the sheep were. Where else but Sheep Meadow in Central Park. Returned to where they had once been driven from. It was once their meadow, after all. 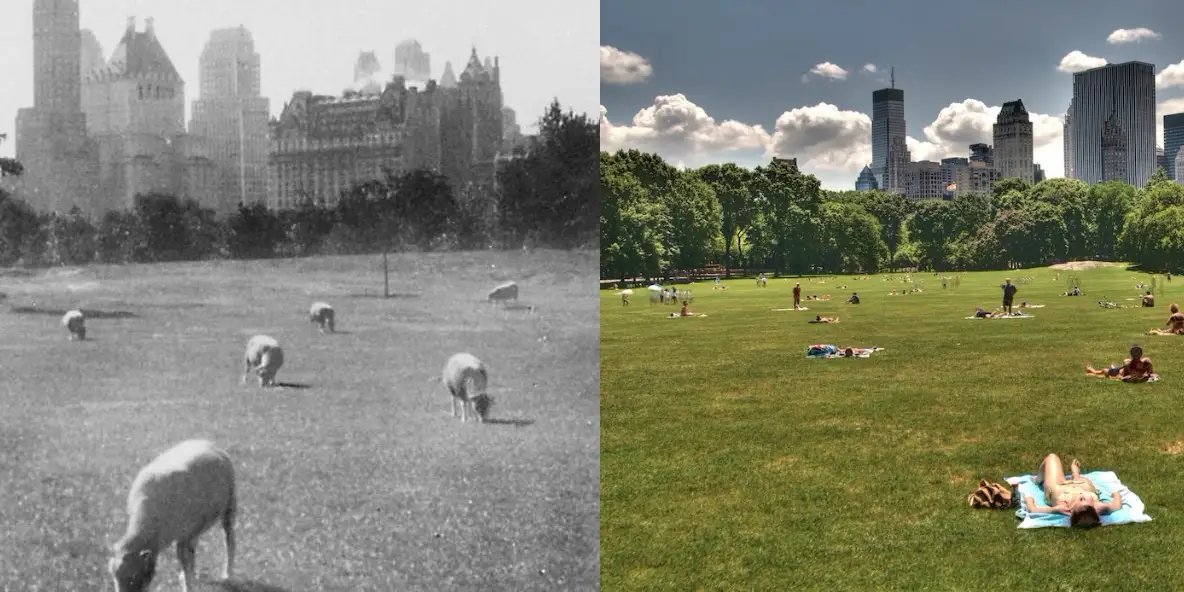 I stand among the sheep trying to count them, feeling more awake than ever. I make it to 54 but so far counting sheep isn't working. I am still wide awake. There are still many sheep to count, before I have a chance to fall asleep. Adding hypnotic complication to my sheep counting is that sheep aren’t magically drowsy-making, say, as narcotic poppies are.

Some joke about young men having sex with sheep as a rite of sexual passage enters my consciousness, but I refrain from repeating it to my sleep-deprived brain. If I was such a young man, the sheep meadow would offer plenty of options. Too much information, I know. Blame my insomnia's bad taste in jokes.

Formerly grazing, the sheep, of which I have now counted 99, suddenly become riotously profane. Not some sheep of a dream, hovering above in the dark, like helium balloons or cotton candy, but real sheep with horns, mud-laden hoofs, bad breath, animal smells, and all. And the sheep fornicate, haphazardly mounting each trying to procreate more of their kind to foil the dreams or sleep of others, while forming a Bosch-style tableau—a sheepmare—ala that artist's Garden of Earthly Delights.

Some march around on their hind legs, swinging at each other with their front ones. Others bounce on their succulent fat asses, laughing them off. Soft gray-and-pink mottled sheep bellies bounce with mirth or scorn, in my state, I can't tell which), grabbed at by hooves. Sheep eyes roll back in sheep heads, as flailing sheep maws throw sheep spittle in the air. Some sheep butt their heads together or beat or trample one another over turf or potential mates. Lucky other sheep doze off, twitching in dreams (or perhaps counting themselves). I slouch with envy over these sheep who have found sleep, cozily wrapped in their own curly-and-thick, off-white wool. If only. 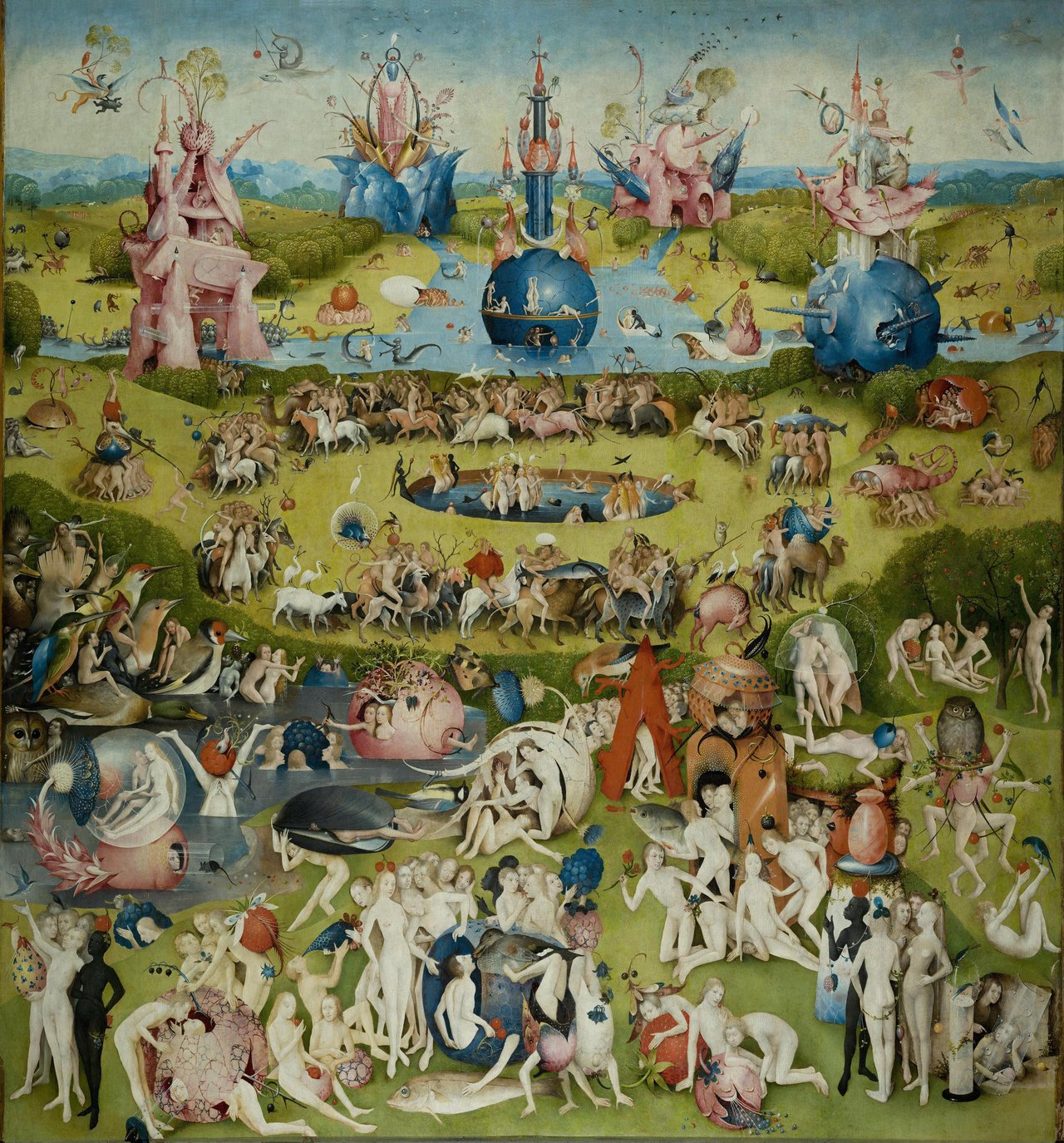 Imagine sheep engaging in all those “earthly delights” just above. Get the picture? I just want to fall asleep.

Post-sheep apocalypse, still lying awake, half in sheep meadow/half in bed, staring at what has become a Hell and helluva lot of sheep—151 to my raptly-awake, desperate and bleary-eyed count—I am deluged by quotes from the novel, A Wild Sheep Chase, by Haruki Murakami:

“Most everything you think you know about me is nothing more than memories.”

“I get irritated, I get upset. Especially when I'm in a hurry. But I see it all as part of our training. To get irritated is to lose our way in life.”

“Body cells replace themselves every month. Even at this very moment. Most everything you think you know about me is nothing more than memories.”

“The light of morning decomposes everything.”

“I don't know, there's something about you. Say there's an hourglass: the sand's about to run out. Someone like you can always be counted on to turn the thing over.”

“Whether you take the doughnut hole as a blank space or as an entity unto itself is a purely metaphysical question and does not affect the taste of the doughnut one bit.”

—And the most true quote of all:

“Sometimes I get real lonely sleeping with you.”

With insomniacal thoughts like these, Haruki, you aren't helping at all. 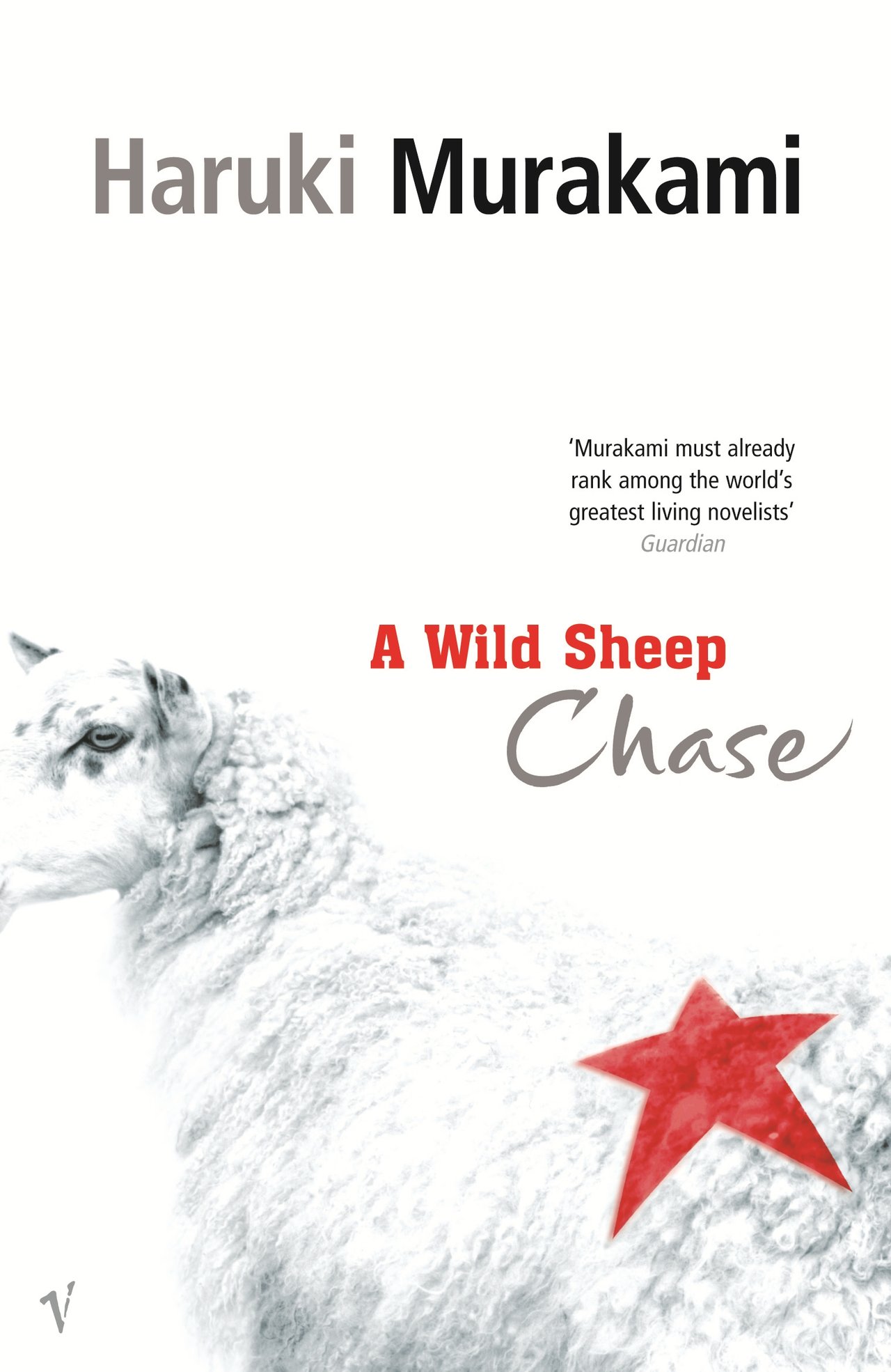 As I continue my count, something stirs the sheep (an overhead jet?), and now the flock starts to move and bah. Where is Little Bo Peep or Jesus when you need one or the other?

Bah humbug is all I got to say. The sheep are now awake as I am.

And then a true miracle happens, as if to overturn Hell with Heaven. The sheep float up to form a dense cloud above. How peaceful, even restful . . .

...but not true. My eyes turn to they sky beyond my bedroom window, where storm clouds have gathered, waiting to clap thunder to prevent me from sleep.

Thunder claps come, driving the sheep into a panic as they circle around their former meadow then stampede out of the park to hoof and bleat it straight toward my apartment building, where they collect en masse on my street, as I give chase trying to count them from behind. 221, and not a wink to go with it.

More awake than ever.

Then who appears but his Holiness himself, the Dalai Lama, just in the nick of time before the morning rush-hour-stopping sheep riot of 2020. The Lama parts the restless flock like Moses parted the Red Sea, in his gold-and-maroon robes, to chant among the bah-ing sheep, in order to lull them. Instead of chanting along, the sheep look up at me standing naked and red-eyed in the window, and start counting me: “One . . . one . . . one . . . one . . . one . . . “